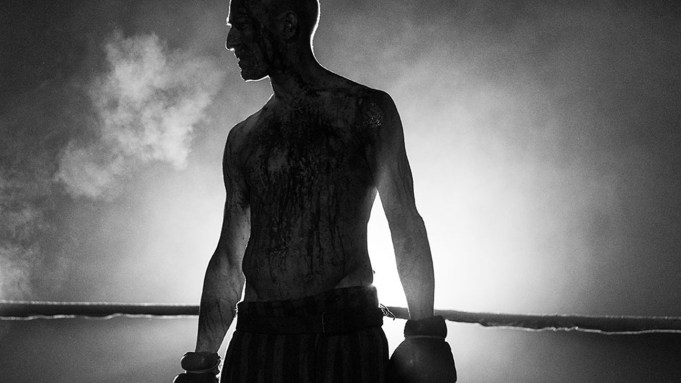 The story of Harry Haft is one of misery and achievement. A Jewish boxer, Harry was forced to box fellow prisoners in a concentration camp in order to survive. Haunted by his past, Harry uses his skills to attempt to find his lost love.

Barry Levinson, of Rain Man, helms the directors' chair for The Survivor. The movie premiered at TIFF 2021. The film stars a stellar cast of Hollywood's best. Ben Foster stars as Harry. Supporting him are actors like; Peter Sarsgaard, John Leguizamo, Vicky Krieps, Billy Magnussen and Danny Devito. With a star-studded cast, an acclaimed director, will the film succeed or fall flat?

While the film was enjoyable, pacing issues and a mediocre story bring the movie down. The story for the most part is very well-known, an underdog boxing story. The aspect that brings the film up is the tragic and shocking flashbacks of Harry’s life at Auschwitz. The flashbacks, presented in black and white, were very dark and gave Ben Foster some fantastic material to work off of. The harsh reality is that this was an actual event that occurred in Harry Haft’s life, so adapting it on screen was a tough task for Barry Levinson. While the flashbacks worked very well, there was a huge element of the movie that just felt like filler to get to the good moments, and did not always work.

Now, the boxing. The movie revolves around a boxer, so the boxing must be great, right? While the boxing scenes were entertaining, they lacked reward and stakes. The boxing scenes in the Concentration Camp were a great example of what boxing should have been in the rest of the movie. What worked very well was the last act. It focuses more on the PTSD aspect of Harry and provided the film with heart and stellar realism.

Ben Fosters' portrayal of Harry was impressive. Ben Foster stands as one of Hollywoods' Most Under-appreciated Actors. Giving amazing performance after amazing performance, Ben constantly is sidelined in major awards circuits. Once again Foster delivers an awards-worthy performance that hopefully will put him in the running for the big awards this season. Ben was able to portray Harry to a tee, but the amazing makeup work was the catalyst for turning Ben into Harry. Makeup and production design work were stellar. The ’30s-’40s were perfectly captured from many of the crew's work.

The Survivor was a good movie that had a knockout performance from Ben Foster, awards-worthy makeup and production work, and finally, ominous scenes involving the real tragedy of Harry Haft’s time at Auschwitz. Unfortunately, a predictable story with boring filler and messy pacing lowers the film down.

Ben Foster is overdue for an Academy Award nomination/win. Will this be his breakthrough into the show? One can only hope.

Thanks for taking the time to read. Hold on Hope.