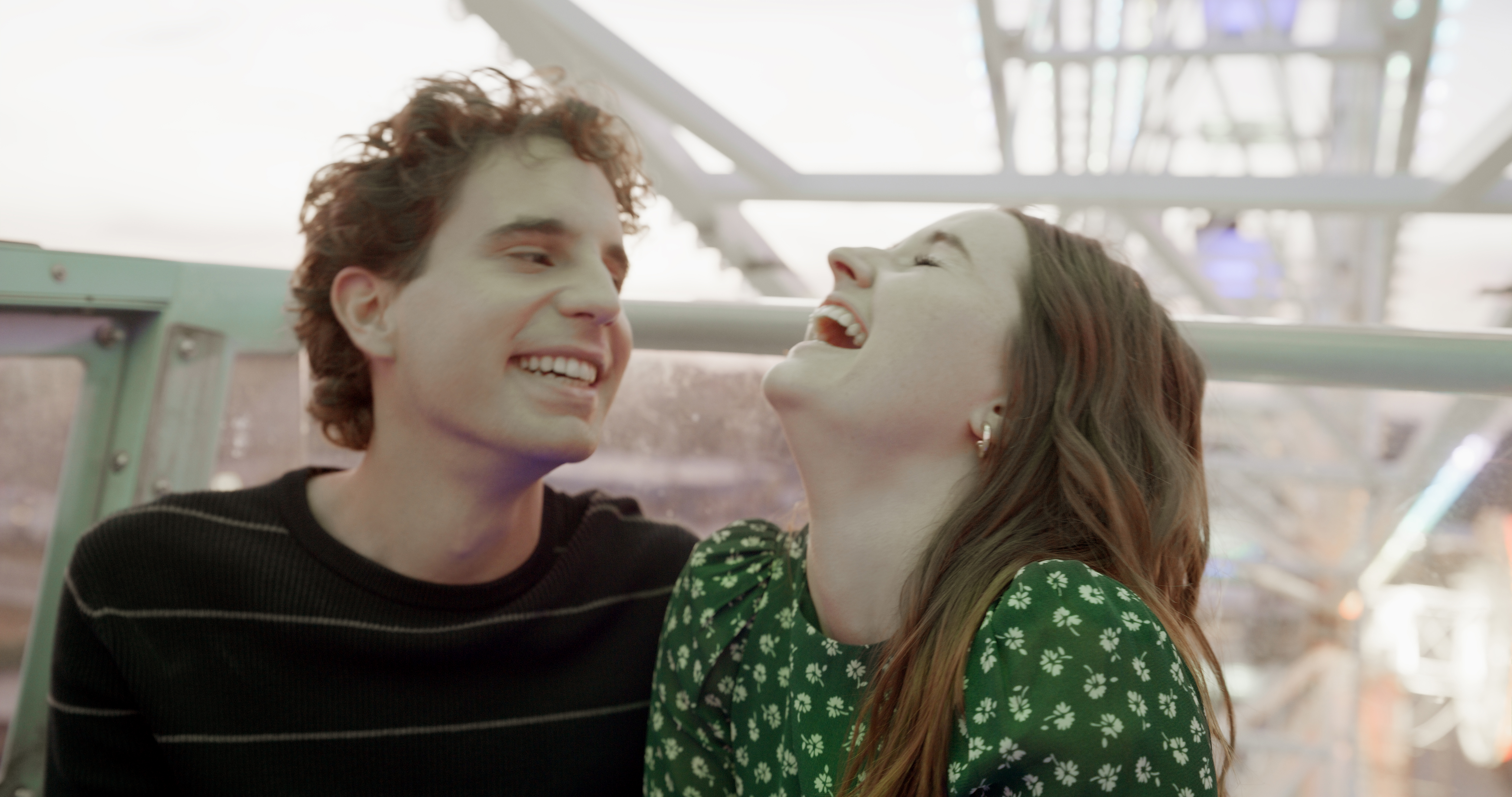 Everyone and their mother has been buzzing about how bad the new movie adaptation of Dear Evan Hansen is. I'm here to tell you that it's not the worst movie ever made, nor is it particularly good. It's a perfectly mediocre movie musical that is saved primarily by its cast, particularly Ben Platt, who despite looking too old for the part has the perfect voice for these songs. Unfortunately, once he stops singing and starts speaking, his character is unlikable and uninteresting.

A sentiment that I have seen a lot lately is that the musical and the film would have worked better as a black comedy. I mean, come on. A story where the main character fakes being the best friend of a teen who committed suicide? There's no way they were ever going to manage playing that premise completely straight. The strange thing is, though, there is a single moment of darkly comic levity in the form of the song "Sincerely, Me." In this number, Evan and his "friend" Jared write fake emails between Evan and Connor, the aforementioned teen who took his own life. This song features a lot of genuinely funny moments as the characters rewrite the emails to seem authentic. Jared goes so far as to insert homoerotic subtext into the emails. This is a very dark and funny concept! I wish the entire movie were willing to be as cold as this.

This brings me to another important thing. I have a very particular disdain for Dear Evan Hansen's songwriters, Benj Pasek and Justin Paul. Their recent crop of work, particularly The Greatest Showman and "Speechless" from 2019's Aladdin, signifies the death knell of the movie musical. At worst, their songs are generic poppy garbage that barely relates to the actual plot of the musical. This rears its head sometimes in Dear Evan Hansen, with eye-rolling, sympathy-bait schlock like "Requiem" and "You Will Be Found." At best, though, the tracks have a lot of heart and some decently witty writing. Such is the case with the number "For Forever," where Evan is forced to relate a story with Connor that the audience knows is completely fake. There are some genuinely good moments that, I am not ashamed to admit, tug at the heartstrings a bit. Most of it, though, is flat-out boring.

This is compounded by bizarre editing choices, most notably during Julianne Moore's big number "So Big / So Small," a sequence that lasts four minutes and comprises entirely of two characters sitting across from each other. While this would work in a stage production, it flat-out doesn't in a movie. No number of shot/reverse-shot cuts can make the slowest song in the world with the most boring blocking appealing to watch. Many of the shots and cuts feel unmotivated like the crew was just trying out whatever they wanted because they could. Because they were guaranteed butts in seats. This is not how you make a prestige musical, this is how you make a student film.

The plot and dialogue writing are, needless to say, pretty bad. Evan Hansen is an unsympathetic character, despite the movie's numerous attempts to make you feel bad for him. He willingly lets his lie spiral out of control without telling anyone because... he's depressed and anxious, I guess? As someone with depression and anxiety, I can say with certainty that this is NOT a fair portrayal. The generic high school student extras are written like devious monsters. At one point, several students pull out their phones and start recording Evan while he has a nervous breakdown at Connor's memorial service. These little demons were willing to publicly clown on a kid who, for all they know, lost a very dear friend that committed SUICIDE. This is not what high school is like. Stop writing high schoolers like this.

Despite all of my gripes, Dear Evan Hansen does manage to elevate itself above its shoddy writing and subpar filmmaking, with occasionally entertaining musical numbers and a couple stand-out emotional moments. It's certainly not the next Cats. Just don't expect anything from it come awards season.