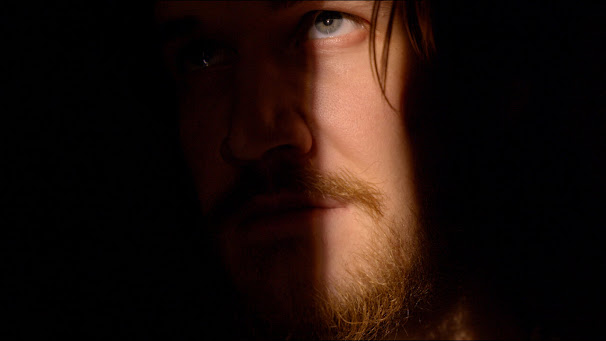 I've been in a transient rut the past three weeks. Nothing to do, nowhere to go. My parents want me to get a job, and that's all they seem to talk about. It's getting annoying just to even exist. What could possibly pull me out of my pit of self-induced melancholy?

Digesting Bo Burnham's work has always been a voyeuristic endeavor. I've never felt entirely safe digging into his self-proclaimed unwell mental state, and Burnham always seemed to drag himself kicking and screaming on stage, unwilling to tell other people how he feels. For Inside, a comedy special written, shot, edited, directed, and performed by Burnham during a year of COVID-19 induced isolation, he seems more willing than ever to let others peer into him. Perhaps this is because no one told him that he needed to establish boundaries, or perhaps he never thought to stop himself from capturing the darkest thoughts in his head.

For a feature-length spot with a whopping crew of one, Inside has spectacular production value, and feels incredibly concentrated and cohesive. Burnham's signature comedic style of discreet bits told in quick succession works to great effect, but something else is at play that separates this from the average Burnham stand-up. Discreet jokes turn into discreet scenes, in a frenetic web of songs and vlog-ish updates on Bo's mental state during the special's production. While Inside may be marketed as a comedy special, it is really an autobiographical documentary crossed with a visual album. The closest comparison point I can think of for anything remotely like Inside would be Pink Floyd — The Wall: a series of interconnected musical numbers about the ills of society and self, all bound by a central figure whose mental state continues to rapidly decline.

Burnham bemoans so many things: capitalism, hierarchy, racism, social media, his family, his career, his relationships... all with some latent anger, but mostly with an indirect confusion. Like, "where do I go from here? What am I to make of all of this? Perhaps the easiest thing to do would be to just end it all." Burnham doesn't shy away from his suicidal thoughts, and in one scene, implores the viewer to seek help for their own mental health problems. This scene shows two Bo's at once: one telling the viewer that it gets better, and the other sitting in silence, seemingly tired of what the other Bo is saying. Many scenes are structured this way, with Bo watching himself in one way or another— whether by making a mock reaction video of his own performance of a song, or setting up a mock Twitch stream of him playing a video game where he is the main character.

Inside. Not just stuck inside because of COVID, but inside Burnham himself. Inside his head, his thoughts, his emotions. Trapped inside a closet with a crazy man that doesn't want us to watch his every action, and yet paradoxically, he films with the assumption that we will. We have become an observer, an accessory to Burnham's mental anguish.

What are we to do? Well, what is anyone to do to resolve their problems? Maybe it's okay to stay inside. Maybe I should hold off on going to that job fair.