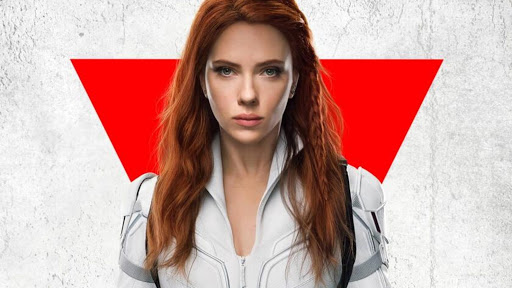 Black Widow is the first film in Phase 4 of the Marvel Cinematic Universe that’s directed by Cate Shortland and stars Scarlett Johansson, Florence Pugh, Rachel Weisz, David Harbour, Ray Winstone, and O-T Fagbenle. Taking place before Infinity War, Natasha is on the run after the events of Civil War when suddenly, she is forced to confront a dangerous conspiracy with ties to her past. Pursued by a force that will stop at nothing to bring her down, Romanoff must deal with her history as a spy and the broken relationships left in her wake long before she became an Avenger.

It has been a minute since the last MCU movie (Spider-man Far From Home) came out 2 years ago as Phase 4 of the MCU has been delayed and forced to start with some Disney + shows in the meantime. While I am a massive fan of the MCU who has always gotten excited about the next film no matter what, Black Widow was never doing it for me even before it got initially delayed from its May 2020 release date. Considering the fact that one of the major moments of Avengers Endgame was Natashas’s sacrifice to save the world, making a whole prequel film about her afterwards was doing little to get me excited. Still, considering the fact the film was held for so long, I was starting to get curious about finally seeing it after so long. I’m happy to report that despite my low expectations, Black Widow ends up being a good return to MCU films despite some of its problems.

Firstly, the film really grabbed my attention at first with its cold opening which was an excellent way to introduce the story and the overall tone the film was trying to go for. It really allows you to connect with the younger version of Natasha and Yelena and the rest of the opening is engrossing, thrilling, and overall even has some emotional weight. This even continues to the film's opening credits which also really does a nice job doing visual storytelling and establishing the overall tone. In terms of cold openings in an MCU film, this may just be up there because it got me invested as a viewer in no time.

And thankfully for at least the following 2 acts, the film retains its more grounded tone of something like Captain America: The Winter Soldier. The signature Marvel humor remains in certain areas but, it dials it back in many areas which felt really refreshing within the MCU. The film has lots of hand-to-hand action and deals with lots of serious issues for Natasha to deal with that made the grounded tone work. This even extends to the whole “Family” aspect of the film which was handled really well. Natasha and Yelena both have traumatic past’s and the film allows a great amount of time for overall character work which was done really well. It’s actually my favorite part of the film as the action in the second act slows down for a bit and allows you to really feel the character’s pain and struggles which made the film have some emotional weight.

As for the performances, the core cast members all do an excellent job playing their characters as they all really committed to their roles. Scarlett Johansson was also great in the other MCU films and she knocks it out of the park leading the film. She brings lots of emotional weight while delivering her sublte acting that she is known for. If this really is Johansson’s last time in the MCU, I’d say she went out with a bang here. As for the new characters, Florence Pugh as Yelena and David Harbour as Red Guardian are the highlights of the film for many reasons. Pugh has already demonstrated she is an excellent actress so what she does so well is playing an action role which she did effortlessly. Harbour plays an excellent character that brings lots of the film lighter moments while remaining a developed character. Rachel Weisz is also very good in the film but, I wouldn’t say she stood out as much as Pugh and Harboor.

Also, the score from Lorne Balfe works really well in terms of adding thrilling intensity to the action. Balfe previously composed the excellent score for Mission Impossible Fallout so it’s no surprise he did a good job here with the score. Also in terms of where to see the film, I saw it at home (Theatres are still closed here at this moment) but, the visuals, actions, and sound design are inf act designed to be watched in theatres so it’s strongly recommended to see this in theatres.

Now, Black Widow isn’t perfect as there are a few problems with the film as a whole. Unfortunately, the weakest part of the film is its third act as it kind of forgets its grounded tone and approach and instead, kinda goes for an MCU CGI-driven third act. Now, the 3rd act still has some good moments but, the first act excelled because of its grounded tone so I wish they found a way to naturally carry that over to the 3rd act. Worse of all, Taskmaster is yet again a weak villain which is super disappointing considering the character itself. I got introduced to Taskmaster in the Spider-Man PS4 game and found the character so cool as he can literally mirror abilities to his enemies. In Black Widow, he isn’t in the movie all that much, doesn’t use the copying abilities in cool ways and, the character itself was super shallow which made the villain feel super weak.

Finally, this isn’t a huge problem but, it has to be said. As the first film of Phase 4 in the MCU, it doesn’t do all that much to set up anything huge going forward in the MCU. The film is really meant for long-time fans of the MCU as its overall nods are cool but, fans expecting huge developments for the MCU will be disappointed.

In conclusion, for a film, I wasn’t all that excited to see, Black Widow ended up surprising me despite its flaws. The film has some decent action, surprising emotional weight to the story, excellent performances while having a refreshing grounded tone for most of the film. While the 3rd act is weaker than the rest of the film and Taskmaster was an underwhelming villain, I think long-time MCU fans will still get a kick out of the film. As the first MCU film in theatres in 2 years, it should do the trick in getting fans back out and enjoying the movies again.