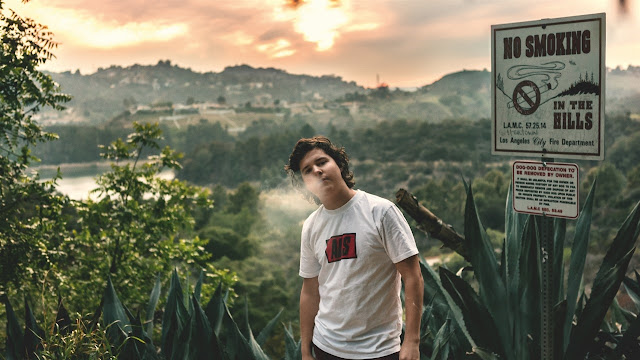 This piece is part of our continuing coverage of the Hot Docs International Documentary Festival 2021. Keep tuned to our site to see plenty of reviews, interviews and features from our team, covering the films programmed at this years event.
The market of the "insiders look into the life of a chart-topping musician" has become increasingly saturated over the years, and it's unfortunate. We too often see music docs that lack focus, and seem to be too narrowly aimed at long-time fans of the central musicians. Lukas Graham is not necessarily a group that jumps out as essential for a documentary - there hasn't been that much public outcry for it, at least. In fact, I have not at all been sold on their music in the past. However, 7 Years of Lukas Graham has such a unique perspective for a film like this. It's quite refreshing to see a film of this type with a goal that cuts much deeper into these musicians emotional plight.
One thing that's quite admirable about this is how loose and free it is in structure and form. This footage spans quite a substantial time period, and never panders a specific message or idea. It gives us a really introspective and voyeuristic look into the lives of the group members, and Lukas Forchhammer in a way that doesn't give into a traditional rise and fall narrative. With that, it gives the audience an open ended perspective - where the most significant of messages are conceived through our personal experiences, and our sympathetic view of Forchhamer's struggles. This is very much emphasized by an optimistic, hopeful and human portrayal of the subjects - that's much more focused on having the audience have a firm emotional grasp rather than a bland amalgamation of perspectives on the pop music industry. It's definitely a viewpoint that's worth observing, and one that certainly pays off in the end.
7 Years of Lukas Graham gets a 3.5/5!
Labels: 2021 Hot Docs Movie Review Written By Daniel Azbel