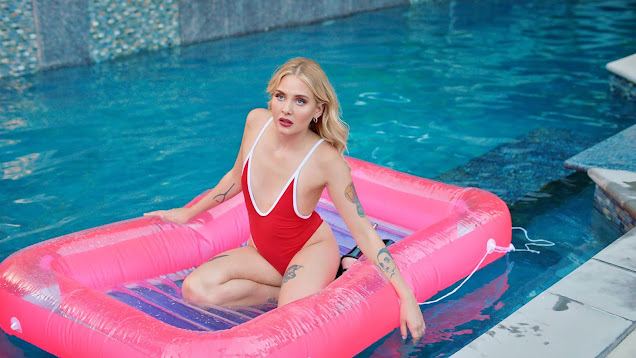 Many of these scenes being almost impossible to watch without feeling guilty & pitiful. I would even go as far as to say this gets to levels of Nymphomaniac Vol. II or Irreversible levels of hard to watch. That being said, it's all a very important watch to open us, the consumer's eyes to the reality of such content. Also, the fact that Kappel had absolutely no prior experience acting is mind-blowing. She is truly a talented actress with huge potential in the future.

What else is really, interesting to see with Pleasure is how involved members of the real adult industry were with the film. Many companies and industry people appear throughout the film and fill many roles. In the Q&A that followed the premiere, Thyberg mentioned that the only person that wasn't from the industry was Sofia Kappel. This surprises me a lot, considering how often the film successfully exposes the faults that remain in the industry.

This is going to be a very divisive film, given it's not for everyone. Its graphic nudity and extreme mature subject matter are going to turn a lot of people away, which is unfortunate for them, considering there's a masterpiece in storytelling here. Pleasure is without a doubt the female counterpart to Boogie Nights that this generation needs. I can not wait to see how this film continues to be received in the future.