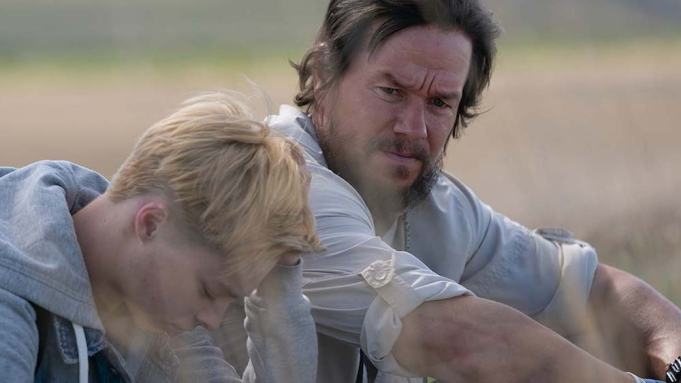 Joe Bell, formerly known as Good Joe Bell is the new film directed by Reinaldo Marcus Green starring Mark Whalberg & Reid Miller. The film premiered at TIFF 20 and follows the true story of Jadin Bell, a gay high school student who took his own life after being bullied at school. After the death, his father Joe Bell makes it his mission to raise awareness and put an end to bullying.

The true story being portrayed here is a devastating one to say the least. As weird as it is to say this, the story deserved much better. Ultimately, what Joe Bell ends up being is a mixed bag with some high points that are instantly ripped away by it's ultra basic storytelling, mid tiered acting & wonky pacing. Joe Bell feels like a made for TV film. It's small, intriguing enough to throw on & disposable. And just like made for TV movies, they always try to do something beyond their reach that simply does not work.

At its core, Joe Bell is a simple, "try to make you sad" story. The film however tries to do something different by telling the story from different time points and perspectives simultaneously. While it does help give the film some momentum, it genuinely feels like there is never enough light shed on each timeline to make the shifting worth it. Everything is so flatly surfaced casually moving from point A to B. I'd even go as far to say you could probably learn more about the incidents with a simple google search. With a different screenplay, this would have had the potential to be really good. Sadly that isn't the case.

That being said, it's not all bad for Joe Bell. Despite its faults, there are glimpses of some good stuff.  The cinematography for starters is well done and the film is filled with beautiful shots of American landscapes. Performances from both Whalberg & Reid Miller are perfectly fine with their roles, although Whalberg should really work on mastering his accents. I also wish Connie Britton got more screen time in the film as she's a great actress in my opinion. There are some decent emotional moments here but again, they could have been done so much better with a different execution. However, no matter what, it's heart is in the right place with a clear and positive message.

At the end of the day, Joe Bell is nothing to rave about but it will surely entertain your parents. It is unfortunately an unforgettable experience that doesn't do the real life incident justice. Another film to toss into the unsuccessful films about bullying pile for teachers to play at school.