Euphoria: F*ck Anyone Who's Not A Sea Blob (2021) TV Review (Written By Hussain Alokaily) 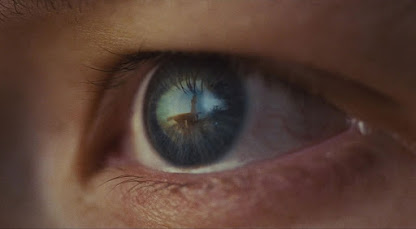 Euphoria: F**k Anyone Who's Not A Sea Blob is the second in-between episode of the HBO series that is directed by Sam Levinson, written by Sam Levinson and Hunter Schafer, and stars Hunter Schafer and Zendaya. The episode revolves around Jules as it follows her over the Christmas holiday as she reflects on the year she had, the regrets she feels, and her overall struggles.

Last month the first of the two in-between episodes of Euphoria leading into the second season came out providing one of the best hours of TV in awhile. It was an episode that took advantage of Covid protocols to create a pure initiate episode of a pure conversation between two broken characters. It created such a unique opportunity to dive deeper into the established characters of the show and showcase them which made that episode worth telling in the overall narrative. It overall made me excited for the next part that would this time focus on Jules and pick up with her character after the events of the first season. After checking out the episode, it did not just exceed the expectations I had going in, it left me in a state of both being emotional and shook. F**k Anyone Who's Not A Sea Blob is amongst the best episodes of the whole series so far!!

What made the last episode very unique was how much restraint there was in terms of directing and camera work to create an intimate episode between two characters. This latest episode decides to return a bit more to how a regular Euphoria episode is shot and directed which makes this part stand out visually that much more than the last episode. Levinson directs something that carries over the beautiful restraint from the last episode but also pulls off some crazy visual sequences and brings in some of the brilliant camera work back from the first season. Considering this was also shot during the Covid-19 pandemic is something awe isnpring as it makes the protocols seem so much less apparent this time. One of the most interesting directing choices made is the lingering shots Levinson decided to use in certain moments. It’s used to keep the focus on certain moments and not pull away from the importance of each moment. As per usual with Euphoria, the cinematography in the episode is also stunning. The episode creates so much visual, surreal imagery with such interesting shot choices, color choices, and beautiful camera work. It creates a look not yet seen with Euphoria which makes the episode stand out that much more.

It’s not just the direction that makes the episode stand out but also the writing of the episode. Levinson writing something is not surprising but the most surprising part is how Schafer decided to write the episode with Levinson and it shows a promising future for her as a writer. The episode has brilliant insight and overall character development for Jules as a character with her struggles, pain, and what was really happening with her during the first season. It simply makes a character that was already great in the first season much more loveable now because of how elevated her character is in this episode. Hunter Schafer also delivers a performance in this episode that is worthy of an Emmy nomination. Schafer displays so much more vulnerability in this episode as we really get a sense of what she is as a character.

Overall, Euphoria: F**k Anyone Who's Not A Sea Blob is not just one of the best hours of TV in some time but is also one of the best episodes of the series so far. It’s a beautiful episode that left me speechless at the end due to how deep and unique of an episode it is. It once again shows what makes the show so much more unique and different from any other show in the same vein. The wait for Season 2 of the series is going to be such a hard wait because these episodes have absolutely set up an exciting season to come!
This episode gets a 5/5!
Labels: 2021 TV Written By Hussain Alokaily