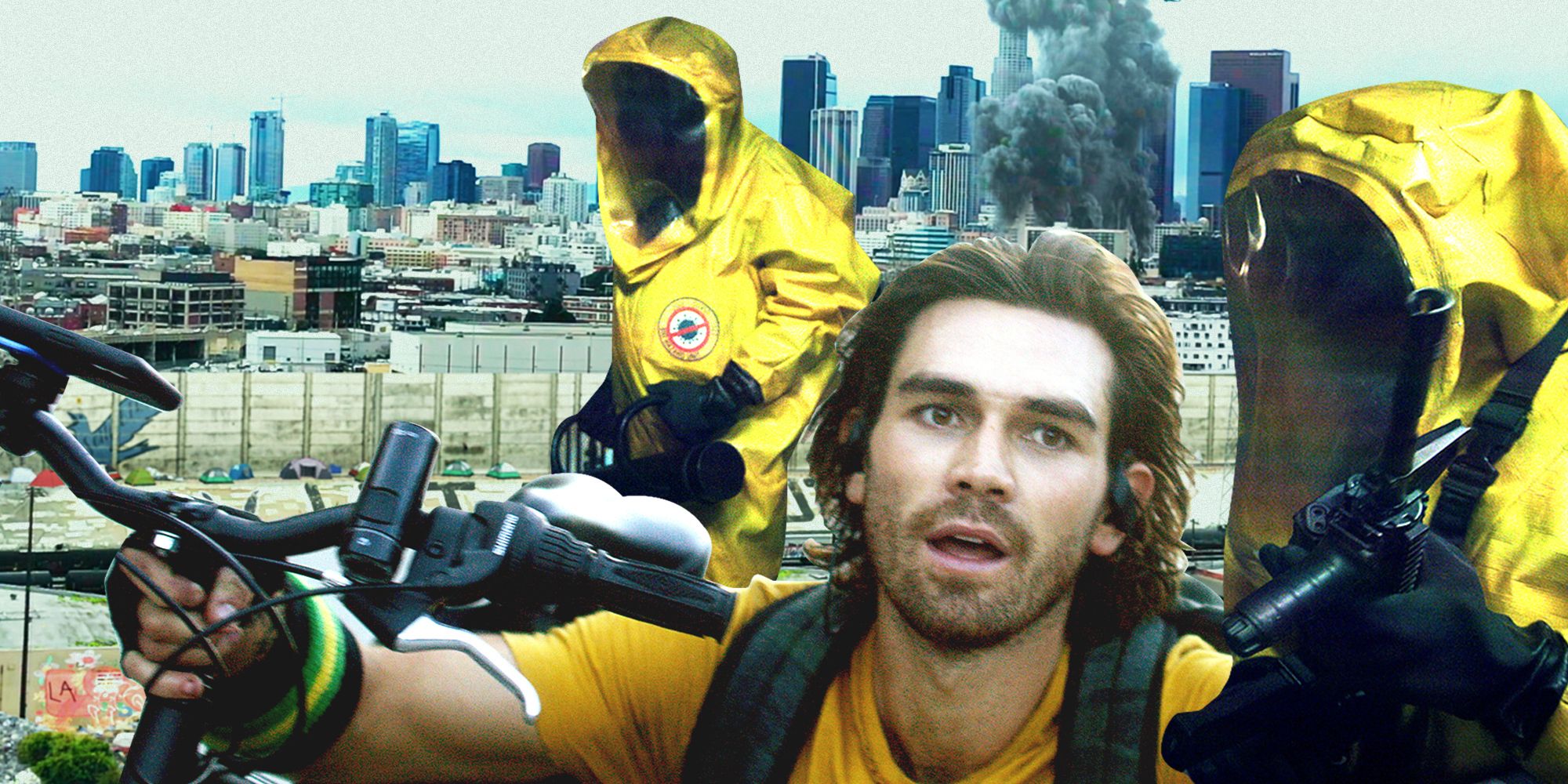 Hey, congratulations on one of the first big films to be made during the pandemic. Regardless of how bad this movie is, it's still cool you managed to pull this together. That being said Mr. Hollywood, we don't want this. Not now, not in four years, not ever. In a world where COVID has destroyed the lives of many and simply hearing the word in a film or television series is bound to infuriate anyone, I can assure you, we do not want another movie about COVID, ever. This is blatantly disrespectful, and shame on you for capitalizing on an ongoing real life issue. Also, the movie sucks so you really wasted your time. Thanks for putting Craig Robinson in it though!

Songbird is the first major film to be created in the ongoing pandemic. Funny enough, it's also about the ongoing pandemic. The film stars K.J Apa, Sofia Carson & Craig Robinson. Following Nico (Apa), a man immune to the COVID-24 virus who must overcome numerous obstacles to reunite with his girlfriend Sara (Carson). To the shock of no one, Songbird is one of the most tone deaf, ignorant films to come out this year.

First & foremost, it's interesting to see how the film managed to even pull this off. Songbird has a considerably large cast with mainly small scale sets but also some not so small. Credit where credits due, this is probably the one big positive thing about it. Everything else? Horrible. Starting off with the screenplay, which is way to all over the place, the film tries way to hard to have so many subplots that it rarely allows any of them enough time to grow and be worthy of even part of the film. While they are some interesting themes and currently relevant messages that lie underneath all the dumpster fires it isn't enough to say it was worth it. Towards the third act, it does pick up a little bit once it decides it wants to be a thriller, but it isn't enough to save the film whatsoever.

The performances are the equivalent of a CW TV series. K.J Apa plays the same person he does in every film, while Bradley Whitford's performance is laughable. The only real standouts that appear are Demi Moore and Alexandra Daddario, but then again, there wasn't enough screen time for either of them. The cinematography is sloppy, nauseating and irritating for the majority of the film, making it just hard to literally look at throughout certain scenes.

I won't bother getting too much into how ignorant this film is considering the climate we are in right now, as anyone who has been alive for the past 9 months will instantly feel the same way, Ticked the hell off. (And I feel like the letter above did it justice). This movie does not deserve to exist. With the millions of ideas spawned by every screenwriter stuck at home, virtually anything would be better than this. I would rather watch anything other than this, and I mean ANYTHING.

At the end of the day Songbird is garbage, but you didn't have to read this review to know that. Don't give this film any attention unless it's negative so we don't get more of this capitalist crap.