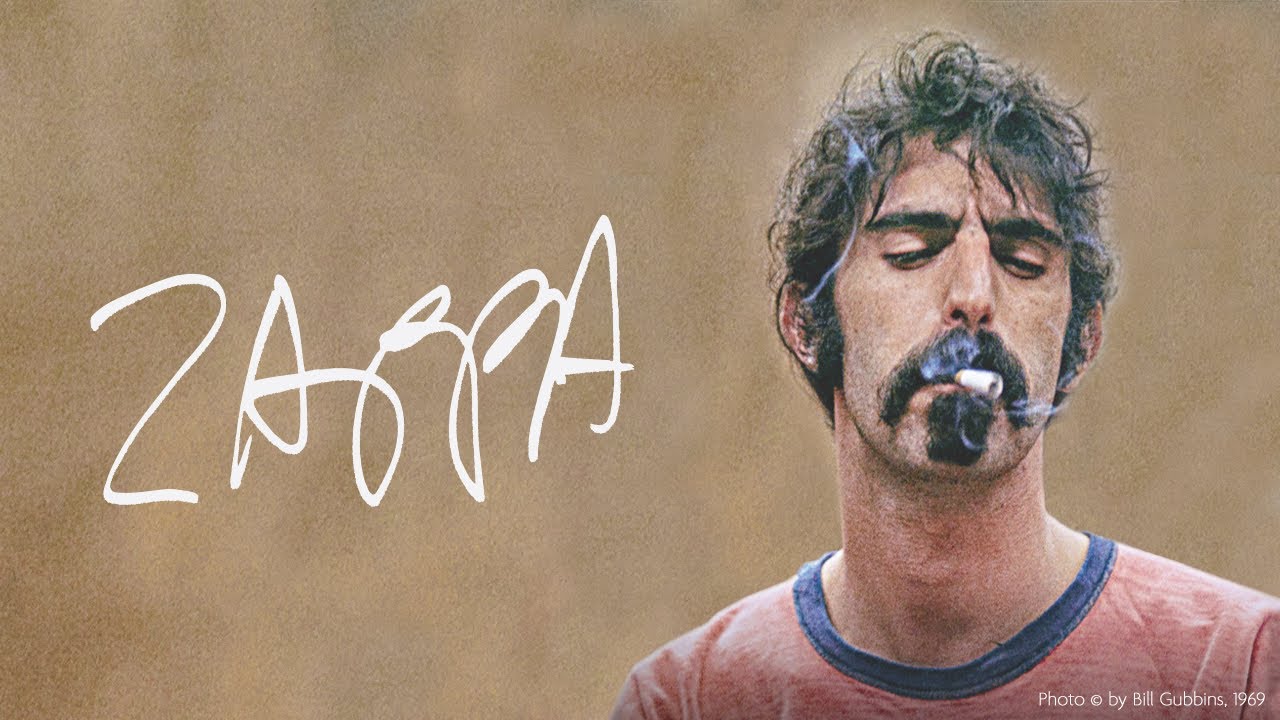 I don't know much about Zappa. That's why I got this review. One of my legs is shorter than the other and both of my feet's too few.

Alex Winter's Zappa is a labour of love in the truest sense. The making of the film is a long-time journey from the actor-turned-documentarian. He has put years into making this the "definitive" documentary on the notorious rocker. Fully funded via Kickstarter, Winter was able to pay his way into the Zappa vault, which holds plenty of never before seen archival footage. The footage that is revealed in the film is nothing short of spectacular, but without Winter's exceptionally unique structuring - it wouldn't be nearly as special as it's final product.

Through his promotion of this film, Winter has continually stated that this is the most definitive story of Zappa - and he's definitely right. The rock legend's life story hasn't ever really been told in the traditional sense, but the way the footage was assembled feels like a complete story, told in an incredibly unique form. Winter's decision to have a somewhat non-linear narrative allows this to stand out in a crowded field of rock docs above the fact that the subject at hand is extremely captivating.

A lot of this is thanks to the fantastic editing by Mike J. Nichols who uses some unique techniques to keep the audience engaged which are all quite effective. It'd ruin the fun to spoil all this unseen footage, but the way the needle drops are inserted within and between them is brilliant. Interviews in this are few and far between, and none of them feel like they're being relied on - all add genuine intrigue to the story. Instead, a lot of the hidden footage of him telling stories himself are a primary focus, which is really innovative as well. After all, only Frank himself can justify his own insanity - and it's brilliant.

There's one other aspect of Zappa that deserves special attention - how singular and justified its story is. The traditional rise-and-fall doc-memoir structure is beyond exhausted at this point, but the thing is - Frank never really contributed to his own fall. The absence of drugs might contribute to it (he was openly & explicitly anti-drug) but something about his story gets a significant boost in emotional appeal due to how a story like his hasn't really been seen before.

Zappa always had people against him - whether conservative parents who were mad at his activism against censorship, or people who just plain old didn't like his work. However, this is a genuinely emotional and fascinating saga of an amazing artist. It's one that takes many creative liberties to tell his little known story, which'll allow it to captivate even the novices. My bias of him being my all time favorite artist aside - this deserves your attention!