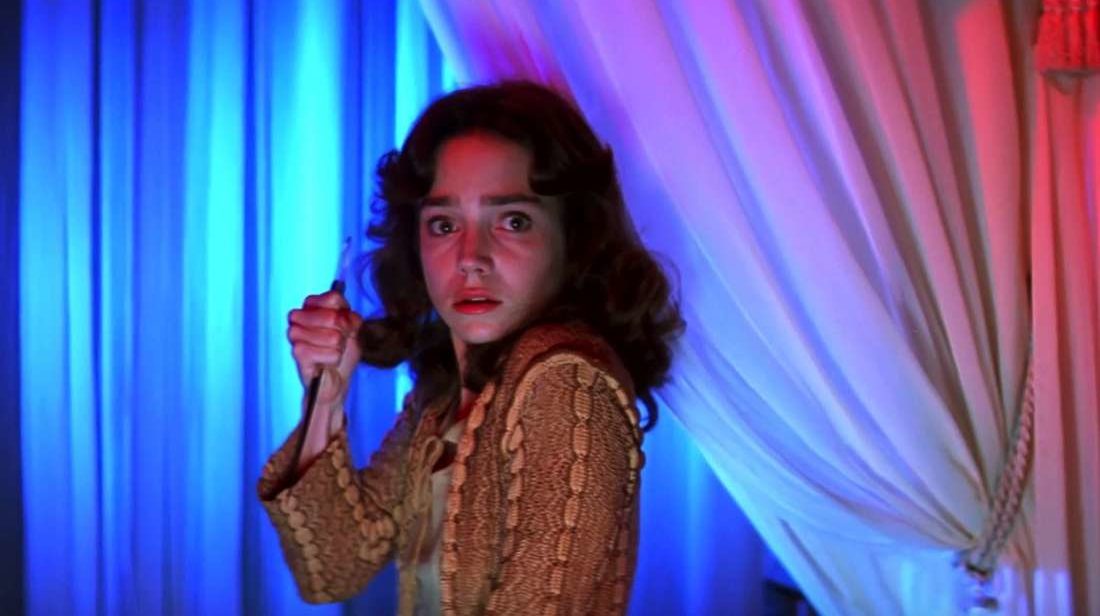 Suspiria is a 1977 Italian horror movie. It stars Jessica Harper, Stefania Casini, Flavio Bucci, and Joan Bennett. The Director is Dario Argento who has done things like The Cat o’ Nine Tails, The Phantom of the Opera (1998), Dracula 3D, and many others. Dario has also won and been nominated for many awards, both for directing and writing.

Suspiria starts out a little different than most movies, a woman in the dark hailing for a taxi by herself in a major downpour of rain. She arrives at house, asking for asylum, just for the night, and the rest of the movie takes hold. After that, the plot starts, and it is a fun, wild ride, that is good from beginning to end.

The acting in the film is phenomenal, people have great depth in their acting repertoire, making this an underrated film just for that. Everyone has a place, no one, including extras, feel like they are extras or unimportant, because they breath life into the world this film has created. This is mostly due to it also being a kind of art film (it deals with a dance school, and many people are dancing and coordinated enough to dance).

Most of the movie just takes place at a dance school, which in many circumstances, would hurt a film for such a dull setting and possible atmosphere, but Suspiria makes a sing place seem as big as a city. The sets, or location (I'm not sure which but I’d bet on location) is designed and setup both beautifully and horrifyingly done. The beauty comes from the dance studios, and bedrooms and the architecture like wood work for trim around the whole building. The creepy and scary comes from the dark places at night, the creepy lights, and random rooms with deadly things in them.

The story isn’t a comedy, and it plays itself serious at all times, but it knows how to dial it in. The characters, and story, are at first mostly lighthearted and is a slow movie, that slowly descends into madness and chaos, going from a well known dance school in Germany, to a house of horrors, where killing, being drugged, and life ending because of mistakes happening. It is a fun wild ride that never gets dull or boring.

All in all I think that Suspira is a great old film that was slept on by most people, but since it’s on Tubi TV for free, with ads of course, I’d highly recommend watching it, especially in the spooky season that is October!

Suspiria gets a glorious 4/5. Get to watching!