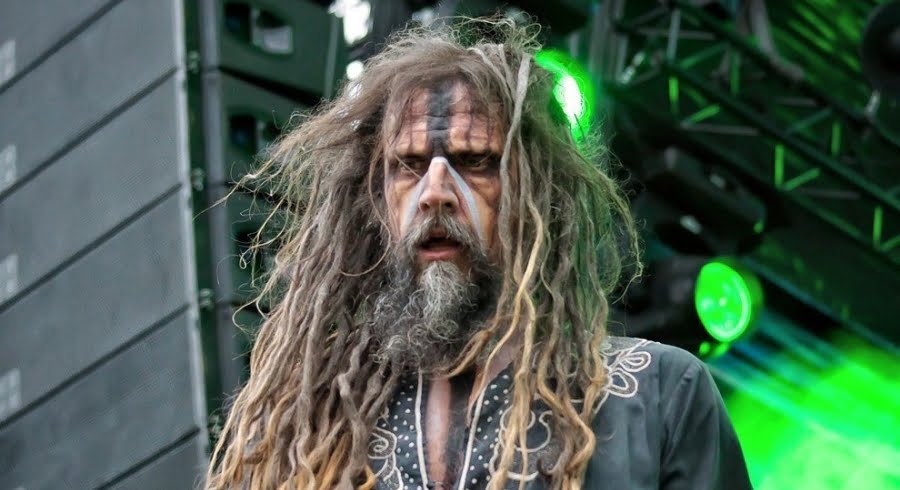 Without a doubt one of the most interesting directors in the horror industry is none other than the man himself who's funko pop stands morbidly on the side of my dresser, Mr. Rob Zombie himself. Widely controversial with a cult fanbase, there's a-lot to be said about the metal rocker turned director's expansive list of films. In honour of Halloween, I decided to binge his entire filmography. So without further ado, lets dig into these terror shows and rank them!

Cool premise, Bad execution. Being Zombie's directorial debut, you do have to cut him some slack. There's fragments of something really great lying under all the horrible editing, shallow protagonists, (I'm talking about you Dwight!) and bad pacing. The villains are wickedly gruesome and "fun" especially Captain Spaulding played by the late and great Sid Haig, and it's also some great introduction to the firefly family who we follow in the now trilogy of films. (this, The Devil's Rejects & 3 From Hell). The robbery scene however, is one of the best scenes throughout Zombie's entire filmography. So theres that?
#7: The Lords Of Salem (2012) (3/5) 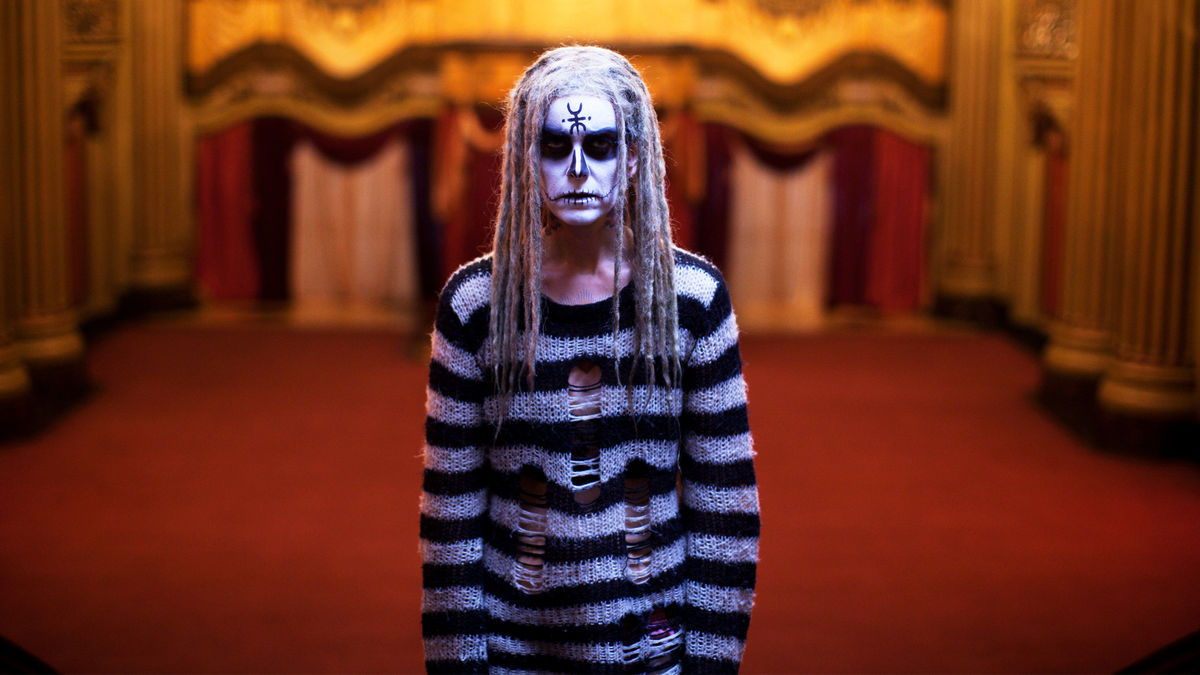 Easily the least memorable out of all of Zombie's films, The Lords of Salem is a pretty solid horror/thriller film, that has some beautiful yet imagery and a wonderfully achieved atmosphere of discomfort. It's nice to Sheri Moon Zombie get a full lead role in on of these films from her hubby, and she provides exactly what she needs too. Being very in vain of the Salem Witch Trials, it is an interesting story. Just not as interesting as the 6 films ahead of it.
#6: The Devils Rejects (2005) (3/5)

Story-wise, this is a huge level up in Zombie's skills as a filmmaker, and an extreme improvement of it's predecessor House of 1000 Corpses. The Devils Rejects has the whole shebang from Mr. Zombie himself. Blood, gore, boobies, constant lewd shot's of Sheri Moon Zombie, and for the most part it's fun! But damn does this have some absolutely horrendous editing that is bound to frustrate you constantly. Listen, there is a lot of cool stuff that happens in this movie, especially the shootout sequences. The only thing that sucks is that you can barely tell what's going on in them thanks to Glenn Garland's horrible editing. It's truly disturbing at times and one of the only horror films that utilizes enemy perspective to just bring so much fear on screen.
#5: 3 From Hell (3.5/5) 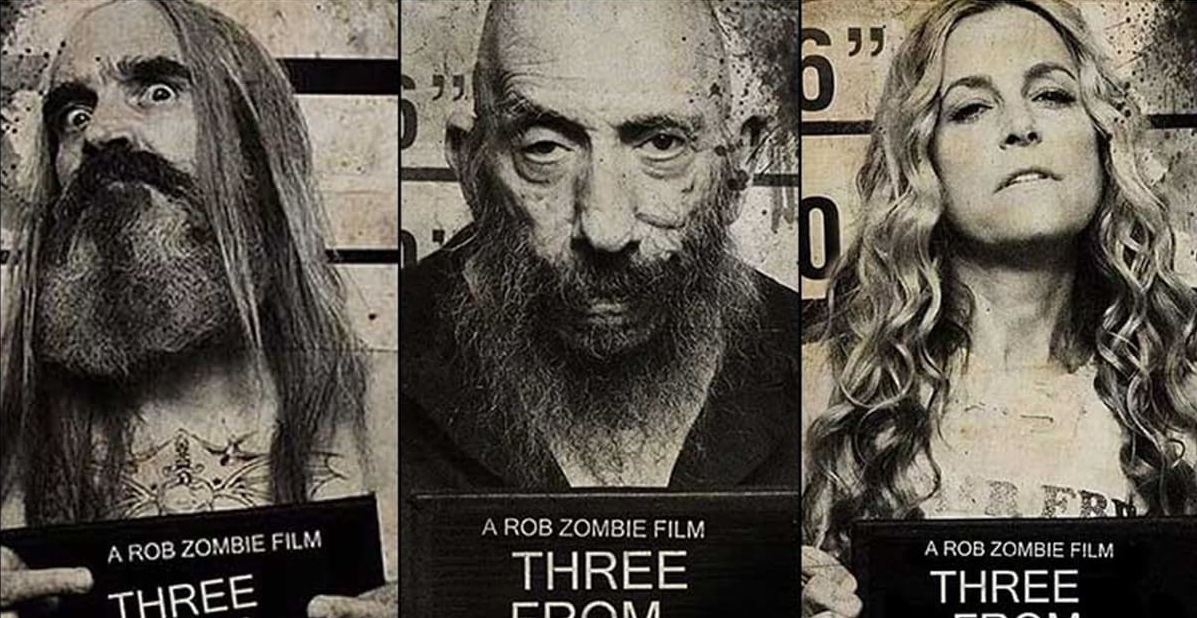 Call me crazy, but out of all three films in the "Firefly Trilogy", I truly think this is the best one. Combining all the elements of Zombies deranged filmography in a way thats so blatantly gruesome, ignorant as hell itself, and super fun, 3 from Hell surprised me a lot! Objectively, yes this is a bad film. But holy hell is it ever a fun, mindless blast. In the sense that Jay and Silent Bob Reboot is the fan service for die hard KevHeads, this is the fan service for the Zombies! It surely won't garner any new fans to the series, but it sure as hell will please the ones that have been around.
#4: 31 (2016) (3.5/5)

What I enjoy so much about 31 is how unlike Zombie's other films, the prey becomes the predator. Combining elements of his already established disgustingly vile atmospheres with elements of films such as The Hunger Games, you really can't predict what will go down throughout this soul-less nightmare. Wonderful performances from Sid Vicious and Sheri Moon Zombie, you really can't go wrong with this one for a perfect midnight movie!
#3: The Haunted World Of El Superbeasto (2009) (4/5)

The great thing about cartoons are that there really are no limits as to what you can do. Which is perfect for a twisted mind like Zombie's. The Haunted World Of El Superbeasto allows Zombie to put his violent, sexual and profane cards flat down on the table with the biggest f*** you to the traditional saturday morning cartoon. Hilarious, fun and filled with bad taste, The Haunted World will surely trigger various amounts of people, but boy oh boy is it one haunted hell of a time. (See what I did there? Nudge Nudge.)
#2: Halloween (2007) (4/5)

The first time I saw Rob Zombies rendition of the beloved franchise was back in '18 right after I saw the 2018 reboot of Carpenter's version. Let's just say I instantly fell in love with it. Zombie holds absolutely nothing back in this near perfect example of what horror films should be. Not only spooky, but down right disturbing to the core. Playing out like a biopic in this rooted examination of the troubled Michael Myers from his childhood to adulthood, so much more emotion comes out of virtually everything. Riddled with Zombie's trademarks of ultra-gore, nudity and some down right disgusting dialogue, this goes down in my books as one of the best horror movies of all time.
#1: Halloween II (2009) (4.5/5)

Everything I just said about Halloween (2007) goes for this too, just amplified up by about 1000x. This is Zombie's magnum opus, his peak as a filmmaker. Shockingly, this film garnered a lot of hate when it first came out 11 years ago, but since then has been widely regarded as one of the most accurate portrayals of PTSD in film. I couldn't agree more. While it is a extremely well rooted examination of what happens after trauma in almost every perspective possible, it is also one of the most heartless brutal pieces of horror I have ever been able to witness. Performances all around are surprisingly great on horror film standards, it's absolute gore galore and most importantly, a total blast. Despite, the theatrical version being the one available on PrimeVideo (In Canada at least), I highly recommend seeking out the Unrated Directors Cut. After watching both back to back (not really sure why I did), I feel the directors cut ending is more likely to stick around with you days after watching.