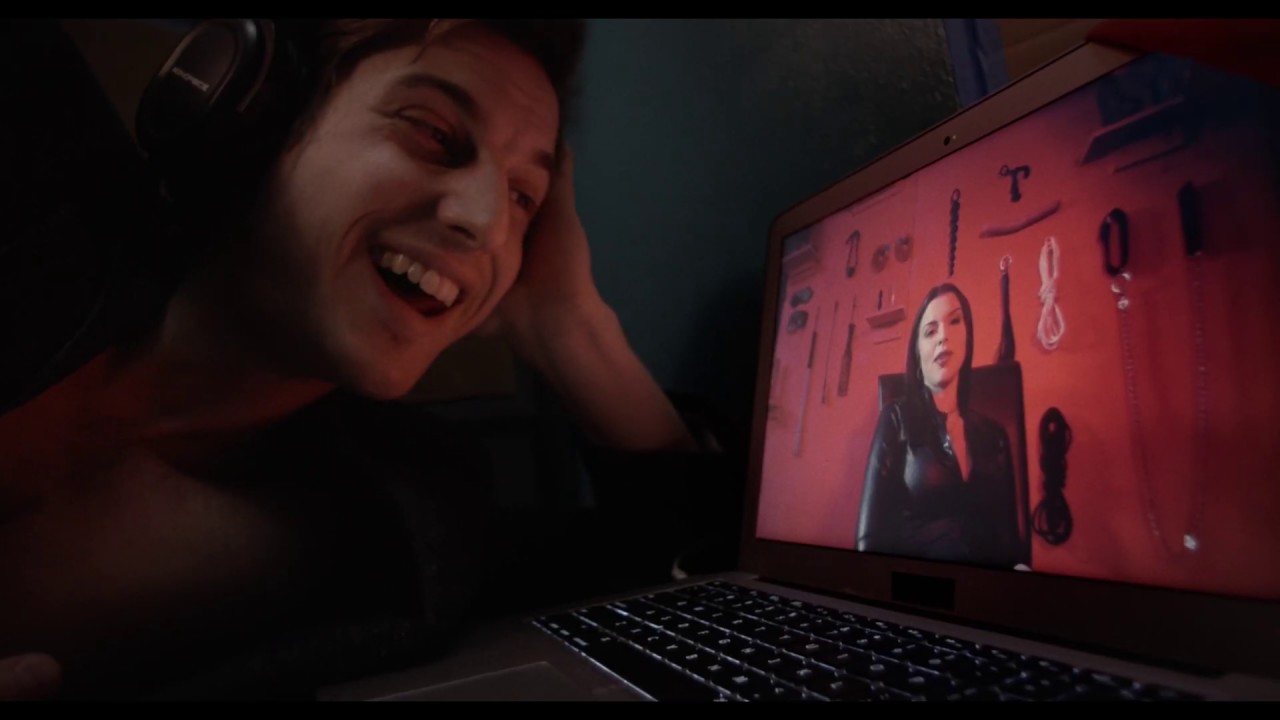 I'm not one for your typical romance film. I believe one's that truly showcase the up's and the down's in a realistic way that I can personally relate to work the best for me. Surprisingly, I wasn't the biggest fan of 2019's Marriage Story (although I still think it's a good movie) and I tend to show more affection to films such as Gaspar Noé's Love & Derek Cianfrance's Blue Valentine. PVT CHAT was a film I was not only extremely excited for because of Julia Fox, but also because it looked like a true, raw and extremely modern romance story that wasn't going to be all too sweet. After catching it as part of Fantasia's 2020 fest, it's safe to say I was more than pleased with the film turning out to be one of my favourites of the year and quite possibly of all time.

Ben Hozie's PVT CHAT follows Jack (Peter Vack), a jobless gambler in New York City who develops an obsession with cam girl Scarlet (Julia Fox) when he spots her around his local district. The film feels like a love child between the Safdie Brothers & Gaspar Noé, creating a perfect balance of tension & twist, with eroticism and emotion. Emphasis on the eroticism as the film is bound to receive an NC-17 due to its graphic nudity and from what I can tell, unsimulated sexual acts. However, unlike films that have done it in the past such as Love, it never detracts from what's important and it all genuinely feels most necessary for telling a story so malevolent as this. The performance's from both Peter Vack and Julia Fox are exceptional. Vack is definitely a name to look out for in the future and I truly hope he gets recognition for this film at something like the Independent Spirit Awards.

Going back to my Safdie's comment, this truly feels like a smaller scale film of theirs. Expectations are subverted heavily in a fashion extremely similar to Good Time & Uncut Gems, the scoring is dope and the direction is very intimate in the sense that you cannot escape what is happening upon the screen. Also, having Buddy Duress in a supporting role definitely brings the Safdie effect up a couple notches.

Ben Hozie's screenplay here is absolutely amazing. When the film is intense, it is intense as hell. When it is depressing, it is depressing as hell. When it's sympathetic, it hurts. I love how flawlessly the film was able to bring me all these emotions throughout the experience because in the end it all pays out. That being said, the ending will not toot everyone's horn, and I expect to see many different reactions come this film's actual release.

Other than that, there's not much else to really delve into with this intimate piece as I see it as a journey that has to be seen physically to truly grasp. At the end of the day, while I might not have caught on to absolutely everything Hozie was trying to say with this film, I loved the hell out of it & can not wait to watch it again.