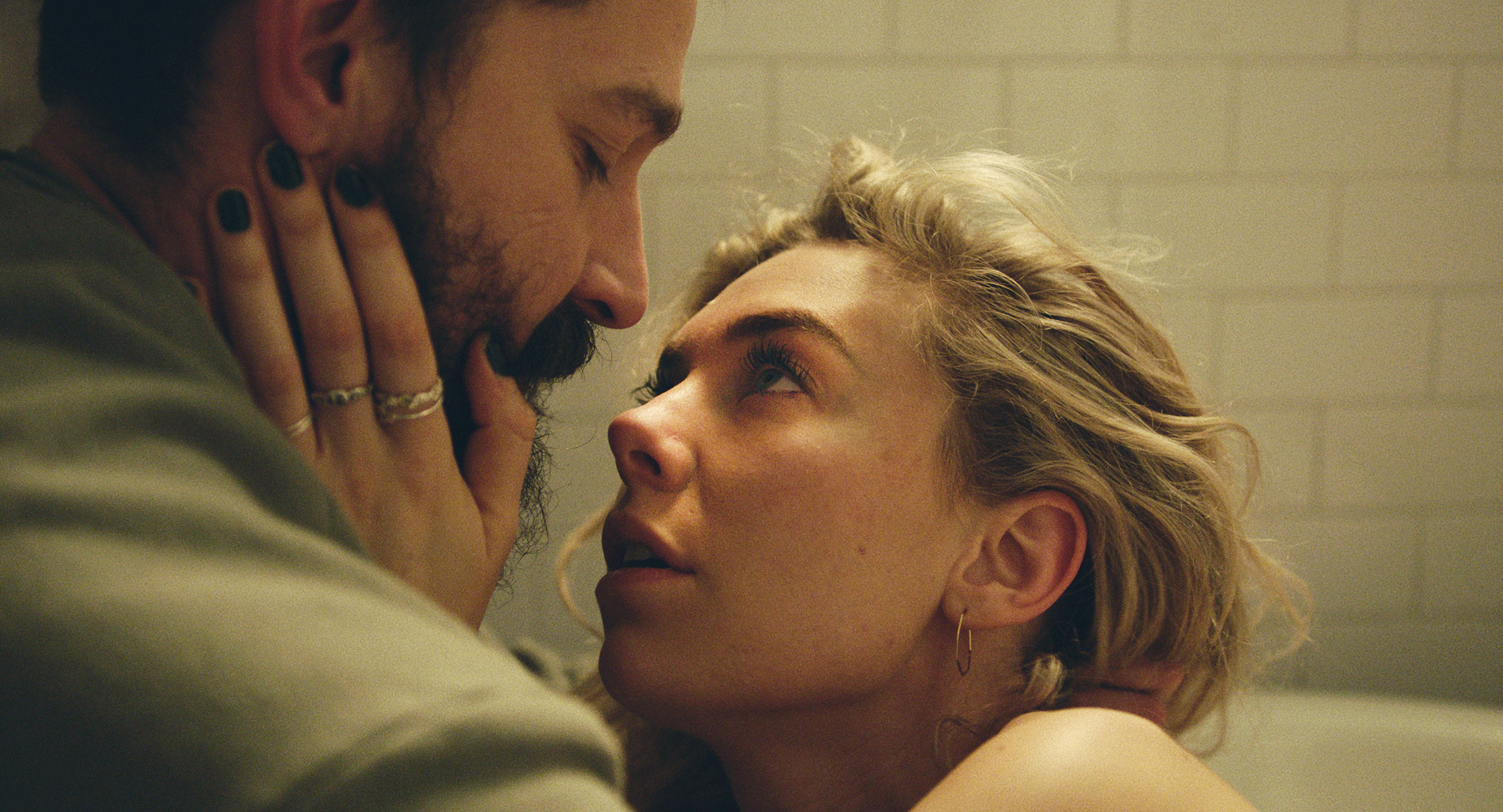 Pieces of a Woman is a new film directed by Kornél Mundruczó and it stars Vanessa Kirby, Shia LaBeouf, Ellen Burstyn, and Benny Safdie. It revolves around a grieving woman (Kirby) embarking on an emotional journey after the loss of her baby.

I have never seen any films from Kornél Mundruczó so what really sold me onto the film was the main two leads. I always have been a fan of Labeouf as far back as his Transformers and Holes days and I have loved the indie direction he has gone of late with Honey Boy and Peanut Butter Falcon. I haven’t seen The Crown but I also liked Kirby in films like Mission Impossible Fallout and Hobbs and Shaw. The pairing here sold me on checking out the film at this year’s Toronto International Film Festival and after seeing it I’m so glad I did. Pieces of a Women is a hard watch and not for everyone but, I was both shook and blown away by this film.

The first thing I need to say is that now Kornél Mundruczó has a permanent spot in the directors that I’m paying attention to and excited about because his direction here is simply a stunning masterclass. Mundruczó tackles such a heavy subject manner with pure subtle and with such a personal touch as he really gets you into the lives of the two leads and how this tragedy consumes and affects them. He makes each scene come to life by using such creative camera work that gets you fully into the mindset with such excellent use of close-ups when needed. The first act contains a one-take that seemed to have been 20-25 minutes that is one of the most tension-filled and incredible scenes I have seen in some time. It’s not a gimmick but rather a one-take that is needed to communicate the tension and feel needed. What also helps is the screenplay by Kata Wéber that is just as excellent as the direction. The screenplay gets you fully immersed in the lives of the characters and fully develops them and how this painful tragedy truly consumes them. The screenplay also really is uniquely structured as it has a more aftermath approach to it and how it’s a story of death and how it can consume people forever.

What further makes the film unforgettable are the stunning performances from Vanessa Kirby and Shia Labeouf. Forget what I said about Francis McDormand in Nomandland because Vanessa Kirby gives a stunning revelation of a performance that demands her name be engraved in the Oscar for Best Actress! Kirby gives a performance of such emotional complexity and trauma that is perfectly shown on screen in such a subtle way. The things she does on screen is only the work of a true actress with immense talent. LaBeouf also continues on his excellent run of indie films as he also gives one stunning performance on screen. LaBeouf also conveys such subtlety with the emotional complexities asked of the role. LaBeouf should also be considered for Best Actor at the Oscars.

The cinematography is also excellent as it really communicates what’s needed for the story. The colors and lighting are internally low as it really conveys what the story is trying to communicate. The cinematography and framing also remain excellent in the film’s incredible long take present on the screen. Finally, the editing on display in the film is also excellent. Every scene and cut is necessary for the film as it really brings more of what the story needed to life. The way it also cuts in the close-ups make certain scenes that much more riveting then it would’ve otherwise been.

Overall, Pieces of a Women is a film that won’t be for everyone but is a film that I will always remember. Through its stunning direction, writing, performances, cinematography and editing, it results in a film that is a work of a true up and coming masterpiece. When this film arrives on Netflix in the near future please check it out.